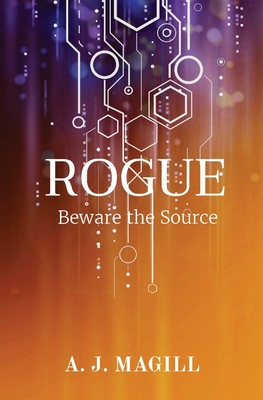 Arianna Salvante is a high school senior who lives in a world guided by artificially intelligent microchips implanted in the brain at birth. Ivy is Arianna's AI, but she's also her best friend, her counselor, her doctor, and occasionally her voice of reason. Arianna relies on Ivy for everything, and with Ivy's 'special abilities' she is able to protect Arianna from the darker side of the tech used to run the city. That is, until Arianna finds herself a pawn in a game she didn't know was being played. When Arianna's would-be boyfriend gets 'corrected' for stepping out of line, she pulls a desperate prank to break through his correction. With little success, Arianna finds herself in the headmaster's office, in a mess of her own. Things go from stressful to dangerous when she runs into a strange boy, Jeremy, who doesn't seem to have an AI at all. Finding a Rogue within the city puts Arianna at the top of the correction list, forcing her to pick between the life she's always known and a complete stranger. With few options and no time, Arianna must make a choice; escape the city and those that hunt her, or give up and live the half life of those who are corrected.