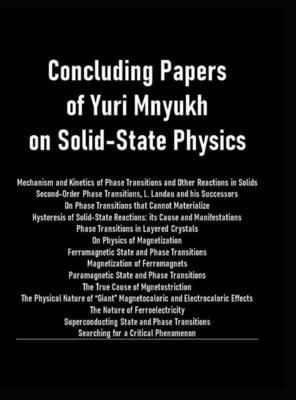 The articles of this book, dated between 2011 and 2020, represent the final results of an investigation of solid-state phase transitions undertaken by Yuri Mnyukh in 1959. The initial purpose of the study was to reveal how a crystal structure changes into a different structure. A number of key experimental discoveries by Mnyukh and his graduate students had shown that the process is always a crystal growth. From these experiments the nucleation-and-growth molecular mechanism of phase transitions was deducted. The results of the Mnyukh's investigations far exceeded their original purpose. The discovered mechanism of phase transitions turned out to be the universal tool to unravel the physical nature of basic phenomena of solid-state physics. The second-order phase transitions were shown to be nonexistent and the detrimental effects of their theory by Landau on solid-state physics were made evident. The origin of ferromagnetism was accounted for. The molecular mechanism of ferromagnetic transitions, as well as of a magnetization process was explained. The fallacy of the Heisenberg theory of ferromagnetism was demonstrated. The origin of ferroelectricity and the cause of its parallelism with ferromagnetism was uncovered. The mechanism of phase transitions in superconductors was specified. The great enigma of theoretical physics - "heat capacity lambda-anomalies" in solids and liquid He - was eliminated. The theories of critical phenomena in condensed matter was shown to be erroneous and superfluous. The reader will find all that in this book.