Agent Running in the Field: A Novel (Large Print / Paperback) 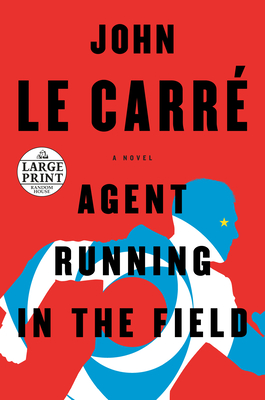 Set in London in 2018, Agent Running in the Field follows a twenty-six year old solitary figure who, in a desperate attempt to resist the new political turbulence swirling around him, makes connections that will take him down a very dangerous path. In his plot and characterization le Carré is as thrilling as ever and in the way he writes about our times he proves himself, once again, to be the greatest chronicler of our age.

John le Carré was born in 1931. After attending the universities of Bern and Oxford, he taught at Eton and spent five years in the British Foreign Service. The Spy Who Came In from the Cold, his third book, secured him a worldwide reputation. He divides his time between England and the Continent.