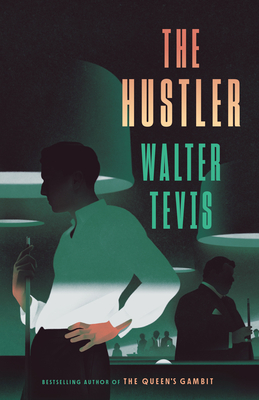 The legendary novel from the bestselling author of The Queen's Gambit about an ambitious pool shark who discovers what it takes to make the big time. The basis for the acclaimed film starring Paul Newman.

To the strangers he plays in darkened pool halls, at first “Fast” Eddie Felson seems like a sloppy pool player with bright eyes and an extraordinary grin. But when real money is on the line, they see that Eddie is a hustler of the first order. But Eddie’s got ambitions and wants to quit his two-bit hustling for the big time. And when he sets his sights on Minnesota Fats, the best pool player in the country, he knows this match will be a true test of his skill—and he knows he can win. But what Eddie doesn’t know is that the game of pool isn’t all about skill. It’s about guts and stamina, and, above all, character.

"If Hemingway had the passion for pool that he had for bullfighting, his hero might have been Eddie Felson." —Time