A Shot in the Dark: A Novel (Paperback) 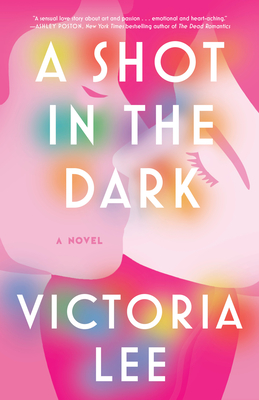 An emotionally powerful romance novel about two people finding love after struggling with addiction—ultimately discovering what it means to be completely and unapologetically themselves.

Elisheva Cohen has just returned to Brooklyn after almost a decade. The wounds of abandoning the Orthodox community that raised her, then shunned her because of her substance abuse, are still painful. But when she gets an amazing opportunity to study photography with art legend Wyatt Cole, Ely is willing to take the leap.

On her first night back in town, Ely goes out to the infamous queer club Revel for a celebratory night of dancing. Ely is swept off her feet and into bed by a gorgeous man who looks like James Dean, but with a thick Carolina accent. The next morning, Ely wakes up alone and rushes off to attend her first photography class, reminiscing on the best one-night stand of her life. She doesn’t even know his name. That is, until Wyatt Cole shows up for class—and Ely realizes that the man she just spent an intimate and steamy night with is her teacher.

Everyone in the art world is obsessed with Wyatt Cole. He’s immensely talented and his notoriously reclusive personal life makes him all the more compelling. But there’s a reason why his past is hard for him to publicize. After coming out as transgender, Wyatt was dishonorably discharged from the military and disowned by his family. From then on he committed to sobriety and channeled his pain into his flourishing art career. While Ely and Wyatt’s relationship started out on a physical level, their similar struggles spark a much deeper connection. The chemistry is undeniable, but their new relationship as teacher and student means desperately wanting what they can’t have.

Victoria Lee grew up in Durham, North Carolina, where they spent their childhood writing ghost stories and fantasizing about attending boarding school. They have a PhD in psychology, which they use to overanalyze fictional characters. Lee is the author of A Lesson in Vengeance as well as The Fever King and its sequel, The Electric Heir. They live in New York City with their partner, cat, and malevolent dog.