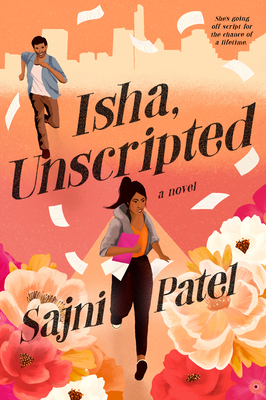 Unwilling to yield to familial expectations, an aspiring screenwriter attempts to pursue her dreams during an unforgettable night of chaos in this hilarious and heartfelt novel by Sajni Patel.

Isha Patel is the black sheep of the family. She doesn’t have a “prestigious” degree or a “real” career, and her parents never fail to remind her. But that’s okay because she commiserates with her cousin, best friend, and fellow outcast, Rohan.

When Isha has a breakthrough getting her script in front of producers, it doesn’t go according to plan. Instead of letting her dreams fall through the cracks, Rohan convinces her to snag a pitch session with an Austinite high-profile celeb: the one and only Matthew McConaughey, who also happened to be her professor at the University of Texas years ago—he has to remember her, right?

Chasing Matthew McConaughey isn’t easy. Isha needs a drink or two to muster up courage, and she gets a little help from the cutest bartender she’s ever encountered. But when the search for the esteemed actor turns into a night of hijinks and unexpected—albeit fun—chaos, everything falls apart. Isha’s dreams seem farther than ever, but she soon realizes who she really needs to face and that her future may just be alright, alright, alright.

Sajni Patel is an award-winning author of women’s fiction and young adult books drawing on her experiences growing up in Texas, an inexplicable knack for romance and comedy, and the recently resurfaced dark side of fantastical things. Her works have appeared on numerous Best of the Year and Must Read lists, including Cosmopolitan, O, The Oprah Magazine, Teen Vogue, Apple Books, AudioFile, Tribeza, Austin Woman , NBC, Insider Reviews, PopSugar, BuzzFeed Books, and many others.