A Brief History of Time: And Other Essays (Prebound) 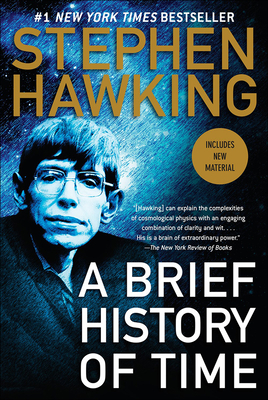 By Stephen Hawking
$30.60
Not available to order.

"A Brief History of Time", published in 1988, has been a landmark volume in scientific writing and in worldwide acclaim and popularity, with more than nine million copies sold. That edition was on the cutting edge of what was then known about the nature of the universe. Since its publication, however, there have been extraordinary advances in the technology of observing both the micro- and the macrocosmic world, confirming many of Professor Hawking's predictions. Eager to bring to his original text the new knowledge revealed by these observations, Hawking has written a new introduction, updated chapters throughout, and added an entirely new chapter on Wormholes and Time Travel.

"A Brief History of Time" has guided nonscientists everywhere to confront the supreme questions of the nature of time and the universe, taking them to distant galaxies, black holes, alternate dimensions -- as close as man has ever ventured to the mind of God. This anniversary edition makes vividly clear why Professor Hawking's eloquent classic has transformed our view of the universe.