The Chrysanthemum And The Sword (Paperback) 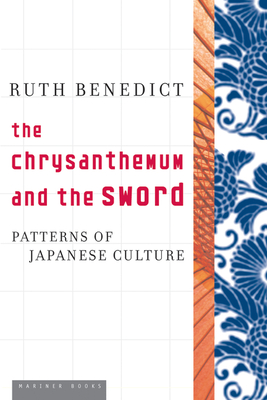 Essential reading for anyone interested in Japanese culture, this unsurpassed masterwork explores the political, religious, and economic life of Japan.

The World War II–era study by the cultural anthropologist Ruth Benedict paints an illuminating contrast between the culture of Japan and that of the United States. The Chrysanthemum and the Sword is a revealing look at how and why our cultures differ, making it the perfect introduction to Japanese history and customs.

This influential book shaped American ideas about Japanese culture during the occupation of Japan, and popularized the distinction between guilt cultures and shame cultures.

RUTH BENEDICT (1887–1948) was one of the twentieth century’s foremost anthropologists and helped to shape the discipline in the United States and around the world. Benedict was a student and later a colleague of Franz Boas at Columbia, where she taught from 1924. Margaret Mead was one of her students. Benedict’s contributions to the field of cultural anthropology are often cited today.