It's not about the how far I cycle: A bicycle tour during the 2019 FIFA Women's World Cup and both Ashes cricket series (Paperback) 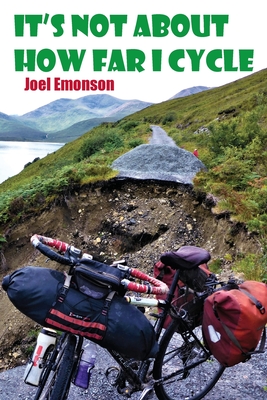 In 2019, with the FIFA Women's World Cup in France and both the Women's and Men's Ashes cricket series in England, it made sense for Joel to combine attending these sporting events with a five-month bicycle tour.

Joel had some set dates where he needed to be, but for the rest, he made up the route as he went, with plans often changing as he learned about places to explore. He spent time cycling as many rail trails and canal towpaths as he could in Spain, France, Luxembourg, Belgium and the UK. He also visited heritage sites, including numerous castles, battlefields, churches and a wide range of museums.

Travelling for months outdoors meant dealing with a range of weather, from the hottest day ever in France to rainy days in Spain to freezing summer days in Scotland.

He stayed with many helpful people but also camped in unusual places, from abandoned buildings to sporting fields to sneakily camping beside castles.

While on this journey he had a few issues with bags going missing, shoes falling apart and parts of his bicycle randomly breaking.