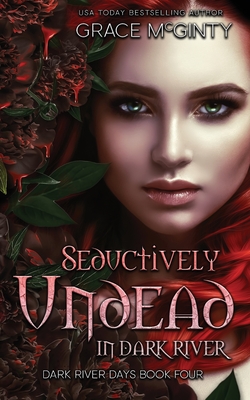 Twenty years has passed since Raine Baxter became the leader of the a weird mish-mash of supernaturals. Twenty years in which she raised a family, protected her new citizens, and was completely cherished by the men who gave her their love. Raine should be happy. And she was, deliriously so.

Except one small thing.

She didn't want to be a leader. She didn't want to wear the mantle of responsibility and have control over the fates and lives of others. She wanted to bake cupcakes and have copious Big O's. She wanted to stay in Dark River with her friends and her lovers, instead of jet setting all over the world, putting out political fires and rescuing creatures that stretched her very imagination.

The Convocation said she could quit if she found someone strong enough to replace her, and there was only one creature that was on anyone's lips; The Night Demon.

Hiding in the shadow's of Amsterdam, Raine and her guys were going to find him and put a crown on his head so they could finally start their Happily Ever After.

But nothing ever truly goes to plan, especially not when your name is Raine Baxter...