The Killer Inside Me (Paperback) 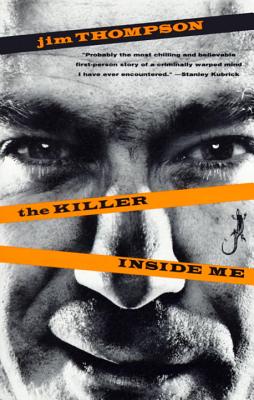 Lou Ford is the deputy sheriff of a small town in Texas.  The worst thing most people can say against him is that he's a little slow and a little boring.  But, then, most people don't know about the sickness--the sickness that almost got Lou put away when he was younger.  The sickness that is about to surface again.

An underground classic since its publication in 1952, The Killer Inside Me is the book that made Jim Thompson's name synonymous with the roman noir.

(1906 - 1977) James Meyers Thompson was born in Anadarko, Oklahoma. He began writing fiction at a very young age, selling his first story to "True Detective" when he was only fourteen. Thompson eventually wrote twenty-nine novels, all but three of which were published as paperback originals. Thompson also wrote two screenplays (for the Stanley Kubrick films "The Killing" and "Paths of Glory"). An outstanding crime writer, the world of his fiction is rife with violence and corruption. In examining the underbelly of human experience and American society in particular, Thompson's work at its best is both philosophical and experimental. Several of his novels have been filmed by American and French directors, resulting in classic noir including The Killer Inside Me (1952), After Dark My Sweet (1955), and The Grifters (1963).

"Probably the most chilling and believable first-person story of a criminally warped mind I have ever encountered." --Stanley Kubrick