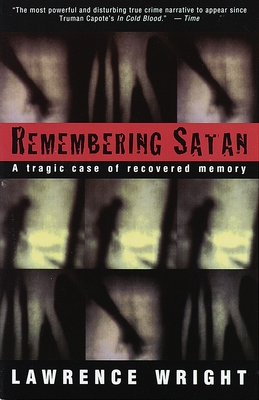 In 1988 Ericka and Julie Ingram began making a series of accusations of sexual abuse against their father, Paul Ingram, who was a respected deputy sheriff in Olympia, Washington. At first the accusations were confined to molestations in their childhood, but they grew to include torture and rape as recently as the month before. At a time when reported incidents of "recovered memories" had become widespread, these accusations were not unusual. What captured national attention in this case is that, under questioning, Ingram appeared to remember participating in bizarre satanic rites involving his whole family and other members of the sheriff's department.

Remembering Satan is a lucid, measured, yet absolutely riveting inquest into a case that destroyed a family, engulfed a small town, and captivated an America obsessed by rumors of a satanic underground. As it follows the increasingly bizarre accusations and confessions, the claims and counterclaims of police, FBI investigators, and mental health professionals. Remembering Satan gives us what is at once a psychological detective story and a domestic tragedy about what happens when modern science is subsumed by our most archaic fears.

Lawrence Wright graduated from Tulane University and spent two years teaching at the American University i Cairo, Egypt.  He is a staff writer for the New Yorker and a fellow at the Center of Law and Security at New York University School of Law.  The author of five works of nonfiction -- City Children, Country Summer; Inthe New World; Saints and Sinners; Remembering Satan; and Twins -- he has also written a novel, God's Favorite, and was cowriter of the movie The Siege.  He and his wife are longtime residents of Austin, Texas.

"A fantastic case reverberating with questions about the nature of memory itself.... A thoughtful and gripping book."

"This is a cautionary tale of immense value, told with rare intelligence, restraint and compassion. Remembering Satan catapults Wright to the front rank of American journalists." -- Newsweek