The Fright Before Christmas: Ready-to-Read Level 3 (Bunnicula and Friends #5) (Hardcover) 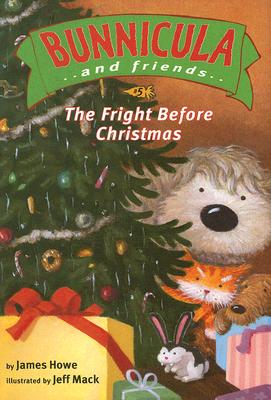 This is book number 5 in the Bunnicula and Friends series.

It's Christmas Eve and something is stirring...

Howie the dachshund puppy jumps in fear every time he hears about the big, jolly man in the bright red suit who will be coming down the chimney. Harold the dog and Chester the cat can't understand why anyone would be scared of Santa -- especially when there are Christmas ghosts to worry about.

Late that night, the animals hear strange noises coming from the basement. Who is causing the spooky sounds? Is it a ghost? Is it Santa? Or is Bunnicula the vampire bunny going to turn this very merry Christmas into a very scary Christmas?