Welcome to the Universe in 3D: A Visual Tour (Hardcover) 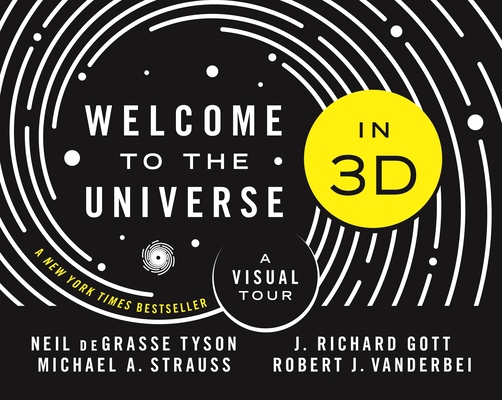 Welcome to the Universe in 3D takes you on a grand tour of the observable universe, guiding you through the most spectacular sights in the cosmos--in breathtaking 3D. Presenting a rich array of stereoscopic color images, which can be viewed in 3D using a special stereo viewer that folds easily out of the cover of the book, this book reveals your cosmic environment as you have never seen it before. Astronomy is the story of how humankind's perception of the two-dimensional dome of the sky evolved into a far deeper comprehension of an expanding three-dimensional cosmos. This book invites you to take part in this story by exploring the universe in depth, as revealed by cutting-edge astronomical research and observations. You will journey from the Moon through the solar system, out to exoplanets, distant nebulas, and galaxy clusters, until you finally reach the cosmic microwave background radiation (or CMB), the most distant light we can observe. The distances to these celestial wonders range from 1.3 light-seconds to 13.8 billion light-years. Along the way, the authors explain the fascinating features of what you are seeing, including how the 3D images were made using the same technique that early astronomers devised to measure distances to objects in space. The dramatic 3D images in this one-of-a-kind book will astonish you, extending your vision out to the farthest reaches of the universe. You will never look up into the night sky the same way again.

Neil deGrasse Tyson is director of the Hayden Planetarium at the American Museum of Natural History and the author of many books, including Astrophysics for People in a Hurry. Twitter @neiltyson Michael A. Strauss is professor of astrophysical sciences at Princeton University. J. Richard Gott is professor emeritus of astrophysical sciences at Princeton. Twitter @JRichardGott Robert J. Vanderbei is a professor at Princeton whose books include Sizing Up the Universe: The Cosmos in Perspective (with J. Richard Gott).