The End of Summer: Book One of the Detective Bill Ross Crime Series (Paperback) 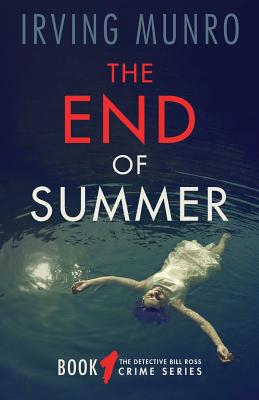 Father and son detectives Bill and Tommy Ross work for the Travis County police cold case unit in Austin, Texas. In 2005 in the backyard of a vacant home in Austin, a woman was found lying on a recliner by the pool. She was spectacularly beautiful. Her brilliant white cotton dress reflected the setting sun and large designer sunglasses and a floppy hat protected her face from the damaging rays. Her arm hung lazily over the side of the recliner and her hand touched a glass of wine that rested on the terracotta tile. It was like a picture from a magazine, but she was dead. It is now 2014 and the murder was never solved. Bill Ross is a retired Scottish police detective now living in Austin. He spent many years with the London Metropolitan Police Major Crimes Division (The Met) and he is now volunteering with the Travis County police cold case unit. His son Tommy, a former Marine, works for the unit as a detective and it was he who was instrumental in getting his father the job. In reviewing the cold case files Bill comes across the case of the woman found by the pool in 2005. He finds to his amazement that it was his son Tommy who had discovered the body when he was out on patrol as a rookie officer just out of police training. Bill Ross's nickname in the Met had been "Sniffer" based on his almost uncanny ability to smell out inconsistencies in major crime investigations. After reading the file Bill suspects that many clues may have been missed in the original investigation. He reports his findings to the Travis County police chief Bill Dunwoody and the case is reopened. 30-year veteran detective Jack Johnson is asked to lead the new investigating team with Bill, Tommy and Detective Marie Mason who was a member of the original investigating team in 2005. Experience the emotional roller coaster as the team investigates the case. Be there when they think that they may have found the missing link only for it to end up as a dead end. Feel the tension when the pieces finally begin to come together and they realize that they may be on the path of a sadistic serial killer. Feel the excitement of the chase when the net begins to close around the killer. Will they be able to bring him to justice before he kills again?

Irving Munro was born in Scotland. He and his wife have been married for over 40 years and they have two children and three grandchildren. They left Scotland in 1981 and settled in Thousand Oaks, California where they lived for 20 years before relocating to Austin Texas. Irving is an engineer by profession but spent most of his professional working life in the enterprise software industry. He retired from the software industry in 2014 and he now writes crime fiction novels. The End of Summer is the first book in The Detective Bill Ross Crime Series.