Against the Law: A Courtroom Drama (Hardcover) 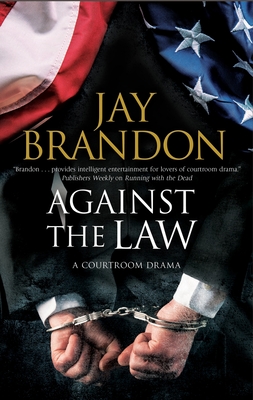 Fresh out of prison, former lawyer Edward Hall thinks his days in the courtroom are behind him. Until his sister, Dr Amy Hall, is arrested for murder... She's been accused of shooting the ex-husband she supposedly reconciled with and is convinced that her ex-convict brother is the only one able to save her. To make matters worse, the media won't ignore Amy's high-profile case; an example needs to be made of a doctor murdering another doctor. So Edward promises to do everything he can to protect his sister, because she is innocent, isn't she? Edward finds himself back in the courtroom facing Cynthia, the judge responsible for his arrest and imprisonment all those years ago. With personal grudges heavy in the air, can Edward spare his sister from a brutal sentencing that could cost her her life?