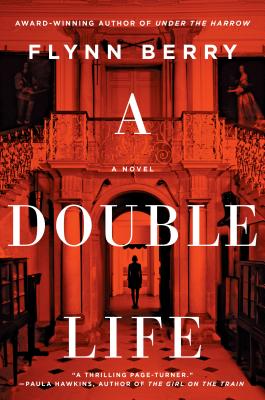 “A thrilling page-turner.” —Paula Hawkins, author of The Girl on the Train

“Breathtaking . . . As shocking as it is satisfying.” —The New York Times Book Review

A riveting and sophisticated page-turner inspired by one of the most shocking true crimes in 20th century Britain: the Lord Lucan case.

Claire is a hardworking doctor leading a simple, quiet life in London. She is also the daughter of the most notorious murder suspect in the country, though no one knows it.

Nearly thirty years ago, while Claire and her brother slept upstairs, a brutal crime was committed in her family's townhouse. The next morning, her father's car was found abandoned near the English Channel, with bloodstains on the front seat. Her mother insisted she'd seen him in the house that night, but his powerful, privileged friends maintained his innocence. The first lord accused of murder in more than a century, he has been missing ever since.

When the police tell Claire they've found him, her carefully calibrated existence begins to fracture. She doesn't know if she's the daughter of a murderer or a wronged man, but Claire will soon learn how far she'll go to finally find the truth.

Loosely inspired by one of the most notorious unsolved crimes of the 20th century – the Lord Lucan case – A Double Life is at once a riveting page-turner and a moving reflection on women and violence, trauma and memory, and class and privilege.

“Breathtaking . . . Berry writes thrillingly . . . about women raging against a world that protects cruel and careless men. . . . As desperate and consumed as our messy heroine may get in the process, Berry always lets her hold onto her humanity.” —The New York Times Book Review (Editors' Choice)

“[An] astute thriller . . . With exquisite pacing, Edgar Award-winner Berry guides us to a stunning conclusion.” —The Seattle Times

“Impossible to put down.” —Suspense

“Elegantly written [and] artfully structured . . . As her story unwinds, Berry reaches deep into the psychic wounds and social repercussions of the crime.” —BBC

“Suspense at its very best.” —CrimeReads

“Thrilling . . . Berry starts with a chilling, notorious unsolved true crime…and builds her story from there.” —Parade

“As well as confirming the promise of Berry’s debut...[A Double Life] demonstrates that fusing fiction and true crime…can be mesmerizingly effective.” —The Times (London)

“Satisfyingly ominous prose . . . Complex characters . . . are brought heartbreakingly to life while Britain’s unjust, and still prevalent, class system, which lies at the heart of this tale, lends the narrative some moral weight.” —East Hampton Star

“[An] engrossing psychological thriller . . . [that] builds to a shocking but satisfying conclusion. Berry tells this shattering story with surprising grace.” —Publishers Weekly

“A Double Life is that rare thing: a beautifully written page-turner.” —The Bookseller (London)

“A thrilling page-turner [and] a compassionate and angry book: with forensic precision, Berry picks apart lives derailed by violence and the ways in which class privilege protects the guilty.” —Paula Hawkins, author of The Girl on the Train and Into the Water

“A Double Life is more than just a taut thriller that will keep you poised at the edge of your seat: it's also a deeply considered examination of women, violence, and memory. Do yourself a favor and read this astonishing novel.” —Rene Denfeld, author of The Child Finder

“Berry’s clever, thrilling writing wound me in and left me heartbroken when I turned the last page and realized it was over.” —Fiona Barton, author of The Widow

“What a book! A skillful and compelling exploration of families, crime, and class.” —Clare Mackintosh, author of I Let You Go