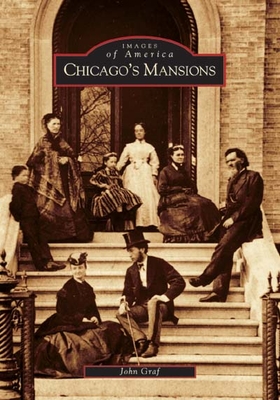 Throughout Chicago, historic mansions built by legendary architects were the homes to characters just as great and whose impact is still felt today.

Chicago is known throughout the world for its architecture. Although many people are familiar with the city's skyscrapers and public buildings, they often overlook or are unaware of Chicago's mansions that are located throughout the city. These mansions represent Chicago's past and its future, and it can even be said that they are the very embodiment of Chicago and its architecture. These fashionable residences were built to make a statement, and what better way to have done this than to employ the leading architects of the time to design them. These architects included men such as Louis Sullivan, Frank Lloyd Wright, Henry Hobson Richardson, Daniel Burnham, and John Wellborn Root. While the city's mansions are significant because of who built them, they are just as important because of who lived in them. Many of these mansions were built for Chicago's elite businessmen and captains of industry-men who represented old money, new money and big money. Just as important were the families of these men and the other residents who came to live in these mansions-for they left a legacy of their own that contributed to the city's history.