The Perfect Thing: How the iPod Shuffles Commerce, Culture, and Coolness (Paperback) 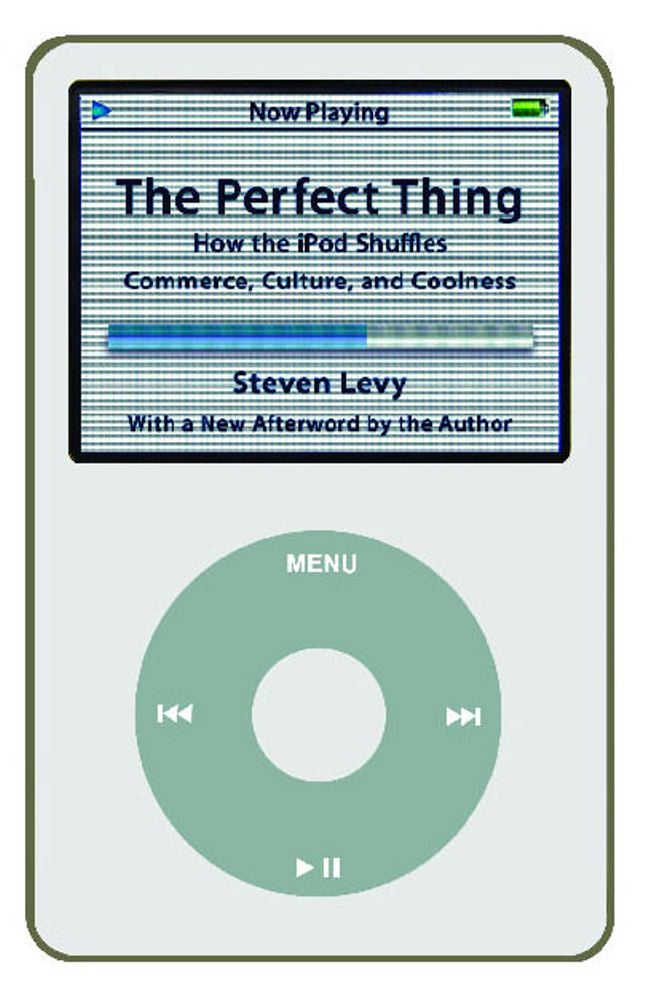 The iPod has become a full-blown cultural phenomenon, giving us a new vocabulary (we shuffle our iTunes on our nanos), revolutionizing the way we experience music and radio through the invention of podcasting, opening up new outlets for video, and challenging the traditional music industry as never before. The design itself has become iconic: there is even a shade of white now called iPod White.

Steven Levy has had rare access to everyone at Apple who was involved in creating the iPod -- including Steve Jobs, Apple's charismatic cofounder and CEO, whom he has known for over twenty years. In telling the story behind the iPod, Levy explains how it went from the drawing board to global sensation. He also examines how this deceptively diminutive gadget raises a host of new technical, legal, social, and musical questions (including the all-important use of one's playlist as an indicator of coolness), and writes about where the iPhenomenon might go next in his new Afterword. Sharp and insightful, The Perfect Thing is part history and part homage to the device that we can't live without.

Steven Levy is editor at large at Wired magazine. The Washington Post has called him “America’s premier technology journalist.” His was previously founder of Backchannel and chief technology writer and senior editor for Newsweek. Levy has written seven previous books and his work has appeared in Rolling Stone, Harper’s Magazine, Macworld, The New York Times Magazine, Esquire, The New Yorker, and Premiere. Levy has also won several awards during his thirty-plus years of writing about technology and is the author of several previous books including Facebook: The Inside Story; Insanely Great; The Perfect Thing; and In the Plex. He lives in New York City.

"Entertaining....[The Perfect Thing] does a handy job of crystallizing and commemorating the dawn of the iPod age."

"More than a tale about the birth of the iPod, this entertaining book is a twelve-horn hallelujah chorus celebrating how this 'perfect thing' is propelling music from the past into this century and beyond. Add it to your Readlist."

"Wonderful....The Perfect Thing is a thoroughgoing treatment of the iPod from many different perspectives -- social, economic, technical, psychological -- packed with insights from one of the tech world's most astute observers."