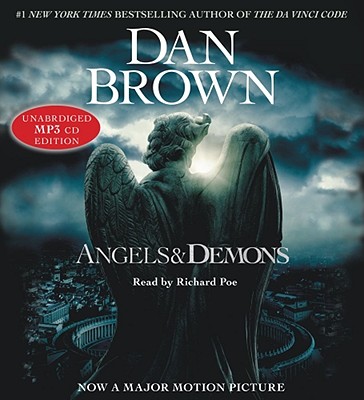 By Dan Brown, Richard Poe (Read by)
Not available to order

The movie tie-in edition of the explosive international thriller from Dan Brown, the #1 New York Times bestselling author of The Da Vinci Code.

Angels & Demons careens from enlightening epiphanies to dark truths as the battle between science and religion turns to war. This is the book that started it all: we meet Robert Langdon for the first time, caught up in a race against time to find an apocalyptic time bomb, planted by an ancient secret society that has surfaced to carry out its ultimate threat: to destroy the Vatican.

Richard Poe, a professional actor for more than thirty years, has appeared in numerous Broadway shows, including 1776 and M. Butterfly. On TV, he has had recurring roles on Star Trek and Frasier. His films include Born on the Fourth of July and Presumed Innocent. He is a well-known and prolific audio book performer, having narrated more than fifty books.