Arming the Sultan: German Arms Trade and Personal Diplomacy in the Ottoman Empire Before World War I (Paperback) 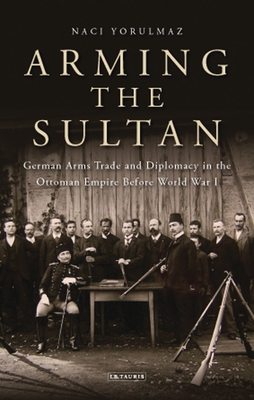 International Arms Trade has always been a powerful and multi-functional constituent of world politics and international diplomacy. Sending military advisors abroad and promoting arms sales, each legitimizing and supporting the other, became indispensable tools of alliance-making starting from the eve of the First World War until today. To the German Empire, as a relative latecomer to imperialistic rivalry in the struggle for colonies around the word in the late 19th century, arms exports performed a decisive service in stimulating and strengthening the German military-based expansionist economic foreign policy and provided effective tools to create new alliances around the globe. Therefore, from the outset, the German armament firms' marketing and sales operations to the global arms market but especially to the Ottoman Empire, under the rule of Sultan Abd lhamid II, were openly and strongly supported by Kaiser Wilhelm II, Bismarck and the other decision-makers in German Foreign Policy.
Based on extensive multinational archival research in Germany, Turkey, Britain and the United States, Arming the Sultan explores the decisive impact of arms exports on the formation and stimulation of Germany's expansionist foreign economic policy towards the Ottoman Empire. Making an important contribution to current scholarship on the political economy of the international arms trade, Yorulmaz's innovative book Arming the Sultan reveals that arms exports, specifically under the shadow of personal diplomacy, proved to be an indispensable and integral part of Germany's foreign economic policy during the period leading up to WW1.

Naci Yorulmaz is Research Scholar at the Henry M. Jackson School of International Studies, University of Washington. He holds a PhD from the University of Birmingham.