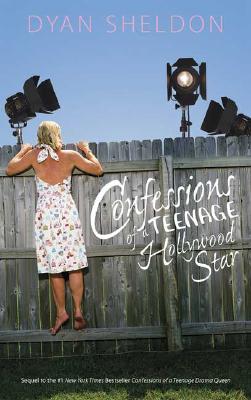 By Dyan Sheldon
$7.99
Not available to order.

"The star of Confessions of a Teenage Drama Queen returns. . . .Few YA characters speak with such sharp, articulate humor about feelings readers will recognize." — Booklist

After years of angst, Lola is graduating from high school and finally getting out of Dellwood "Deadwood," New Jersey. But destiny intervenes when Lola learns that a Hollywood movie is being filmed right in Dellwood. Is the Drama Queen ready to make the leap from the stage to the silver screen?

DYAN SHELDON was born in Brooklyn, New York, and now lives in London. She is the author of many novels for teens, including CONFESSIONS OF A TEENAGE DRAMA QUEEN, MY PERFECT LIFE, SOPHIE PITT-TURNBULL DISCOVERS AMERICA, PLANET JANET, and PLANET JANET IN ORBIT. She says, "My writing for young adults comes from personal experience. I just make the characters younger. I thought I would outgrow these experiences — but they keep happening."

I was looking forward to graduating from high school the way Robinson Crusoe looked forward to getting off his island. Talk about dreams come true. As soon as it was over I would vacate my child’s seat in the world’s audience and my true life would finally begin! It was the moment I’d been planning from my first day in kindergarten. And since my mother had dragged me from the bright lights of New York City to the twilight zone of Dellwood, New Jersey, I had even more reason to look forward to the momentous day when I set out to seek my fortune in the real world. Not only would I finally escape the hopelessly dull tedium of my family, but the hopelessly dull tedium of suburban life as well. (Shakespeare’s the only real connection I have with true passion since I moved here, but if you ask me even he would’ve been defeated by suburbia. Gone would be the stuff of true drama and he would’ve wound up with Richard III standing in the supermarket offering his kingdom for a shopping cart.)

I had everything figured out. Following in the footsteps of so many
great thespians before me, I would study acting somewhere that pulsated
with energy and creativity — a place whose spirit paid homage to the
noble tradition from which it had sprung. Then I would wait tables (or
possibly drive a cab) while I got whatever parts I could in serious plays
performed in church halls and on the backs of trucks until I got my big
break and made my (later to be legendary) Broadway debut. I couldn’t
wait. Just thinking about it made my blood bubble.