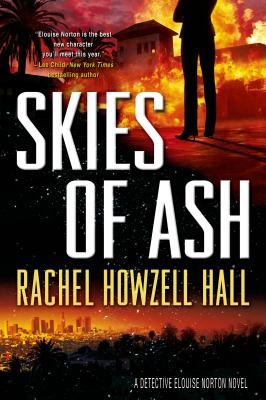 By Rachel Howzell Hall
Unavailable. Orders will be auto-cancelled.

This is book number 2 in the Detective Elouise Norton series.

Skies of Ash is another thrilling read in the Detective Elouise Norton series from author-to-watch Rachel Howzell Hall.

Los Angeles homicide detective Elouise "Lou" Norton and her partner, Colin Taggert, arrive at the scene of a tragic house fire. Juliet Chatman perished in the blaze, along with her two children. Left behind is grieving husband and father Christopher Chatman, hospitalized after trying to rescue his family. Chatman is devastated that he couldn't save them.

Unless, of course, he's the one who killed them.

Neighbors and family friends insist the Chatmans were living the dream. But Lou quickly discovers the reality was very different. The flames of adultery, jealousy, scandal, fraud, and disease had all but consumed the Chatmans' marriage before it went up in smoke.

Lou's own marriage hangs by a thread. Soured by the men in her life, Lou is convinced that Chatman started the fire. Her colleagues worry that her personal issues are obscuring her judgment. With very little evidence regarding the fire—and rising doubts about her husband's commitment to monogamy—Lou feels played by all sides.

Was the fire sparked by a serial arsonist known as The Burning Man? Or by the Chatmans' son, who regularly burned his father's property?

Searching for justice through the ashes of a picture-perfect family, Lou doesn't know if she will catch an arsonist or be burned in the process.

RACHEL HOWZELL HALL is a writer/assistant development director at City of Hope, a national leader in cancer research and treatment. Her first novel, A Quiet Storm, was a featured selection of Borders’ Original Voices program, as well as an alternate selection of the Black Expressions book club. She lives in Los Angeles.