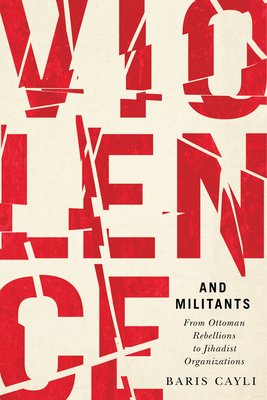 How do militants rationalize violence and what are their motives? How do time and space shape their destiny? In Violence and Militants Baris Cayli explores these enduring questions by comparing violent episodes in towns and villages in the nineteenth-century Ottoman Balkans with today's zones of conflict from Afghanistan to the Middle East. Placing history alongside the troubles of the present, Violence and Militants reveals parallels between Christian militants who rebelled against the Ottoman Empire and four jihadist organizations of today: Hezbollah, Hamas, al-Qaeda, and Isis. Drawing on scholarship by political theorists, historians, sociologists, anthropologists, and philosophers, Cayli traces the root of dissent to a perceived deprivation that leads to aggressive protest and action. He argues that the rationalization of violence functions independently of time and geographical location. Through a riveting narrative, this book uncovers how militant groups use revenge, ideals, and confrontation to generate fear and terror in the name of justice. Breaking new ground, Violence and Militants is the first book to address this complex relationship across different periods of history.

Baris Cayli is a fellow of the Royal Society of Arts and visiting professor at LUMSA University.

"An in-depth look at a complicated topic, Violence and Militants examines the history of destabilizing groups in the Middle East from revolts against the Ottoman Empire to ISIS. Anyone seeking to better understand the state of affairs in the Middle East would be well-advised to read this." Jo Neiderhoff, San Francisco Book Review

"Violence and Militants is an insightful analysis focused on a key question: How do violent organizations and groups justify their use of violence in different times and places? In this empirically rich study Baris Cayli explores how structural and cultur

"Violence and Militants offers the reader an exciting journey to uncover the ravages of catastrophe." Jeffrey Ian Ross, University of Baltimore and author of Political Terrorism: An Interdisciplinary Approach

"A serious-minded and sophisticated treatment of a controversial and significant subject." Richard English, Queen's University Belfast and author of Does Terrorism Work?: A History

"The great strength of Violence and Militants is the way in which it utilizes the concepts of both cultural and structural violence and applies them to different instances of violence committed by militant groups across time and space. The comparison of the Ottoman rebellions with contemporary militant jihadist groups is unique and provides a different vantage point from which to view militant groups in varying sociopolitical contexts." Monica Ingber, Coventry University and author of The Politics of Conflict: Transubstantiatory Violence in Iraq

"An in-depth look at a complicated topic, Violence and Militants examines the history of destabilizing groups in the Middle East from revolts against the Ottoman Empire to ISIS. Anyone seeking to better understand the state of affairs in the Middle East w