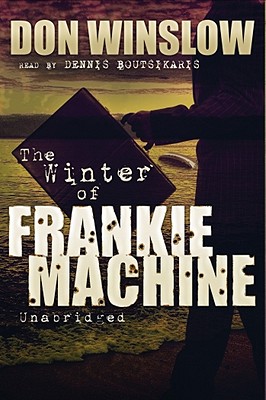 Frank Machianno is a late-middle-aged ex-surf bum who runs a bait shack on the San Diego waterfront. An affable Italian with a love of people and life, he's a stand-up businessman, devoted father, and a beloved fixture in the community.

He's also a hitman, a retired hitman. Back in the day when he was one of the most feared members of the West Coast Mafia, he was known as Frankie Machine. Frank consigned his Mob ties to the past years ago and wants them to stay there. But a favor being called in now by the local boss is one Frank can't refuse, and soon he's sucked back into the treacherous currents of his former life. Someone from the past wants him dead. He has to figure out who and why, and he has to do it fast.