The Cinema of Tod Browning: Essays of the Macabre and Grotesque (Paperback) 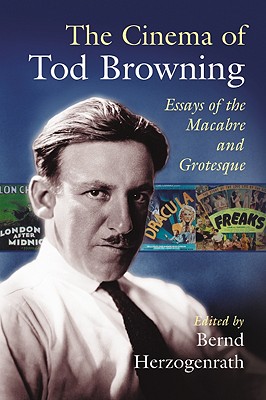 As a director, actor, writer and producer, Tod Browning was one of the most dynamic Hollywood figures during the birth of commercial cinema. Known for his fantastic collaborations with Lon Chaney in numerous silents, and for directing the horror classic Dracula and the still-controversial Freaks, Browning has been called "the Edgar Allan Poe of the cinema." Despite not entering the profession until he began acting in his early thirties, he went on to helm more than 60 films in a 25-year career. His work continues to influence directors such as David Lynch, John Waters, and Alejandro Jodorowsky. These essays critically explore such topics as the connection between Browning, Poe and Kant; Browning's cinematic techniques; disability; masochism; sound and suspense; duality; parenthood; narrative and cinematic trickery; George Melford; surrealism; and the occult. A Browning filmography is included.