Creating the Vietnam Veterans Memorial: The Inside Story (Paperback) 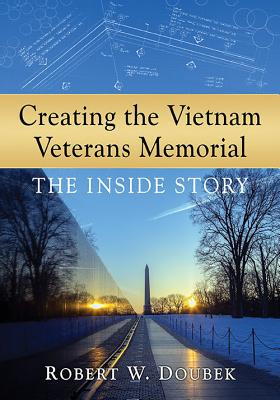 Since its dedication in 1982, the Vietnam Veterans Memorial has become an American cultural icon symbolizing the war in Vietnam--the defining experience of the Baby Boom generation. The black granite wall of names is one of the most familiar media images associated with the war, and after three decades the memorial remains one of the nation's most visited monuments. While the memorial has enjoyed broad acceptance by the American public, its origins were both humble and contentious. A grassroots effort launched by veterans with no funds, the project was completed in three and a half years. But an emotional debate about aesthetics and the interpretation of heroism, patriotism and history nearly doomed the project. Written from an insider's perspective, this book tells the complete story of the memorial's creation amid Washington politics, a nationwide design competition and the heated controversy over the winning design and its creator.

Robert W. Doubek served in Vietnam in 1969 as an intelligence officer in the U.S. Air Force and later was in charge of building the Vietnam Veterans Memorial. Presently an employee of the U.S. State Department, he travels worldwide to purchase land for construction of new U.S. embassy and consulate compounds. He lives in Washington, D.C.