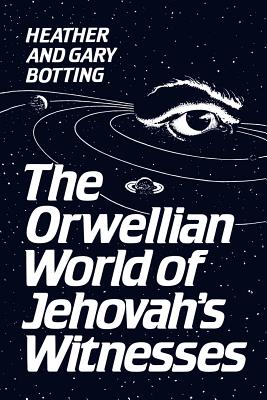 In 1984 George Orwell described a future theocracy that demanded unity at all costs, and in which all independent thought would be eradicated. According to the authors of this book, such a theocracy now exists.

They describe how, in an increasingly restrained 'New World Society', Jehovah's Witnesses busily go about the business of warning the world that their God, Jehovah, will act soon to destroy all who oppose him and his organization. For them 1984 appears to be the current unofficial deadline for Armageddon, for they believe that God promised that the generation that saw the beginning of world distress (starting with World War I in 1914) would not pass away before the end came. A biblical generation is seventy years. 1914 + 70 = 1984. Convinced that the world Is due to end, they have given up their independence to the central theocracy.

The Bottings, both Witnesses, can and do answer the questions everyone asks about this sect. They examine its history, the ways in which history itself has been interpreted in the light of bible prophecy, the basic beliefs or 'symbols' in which Witnesses are required to put their faith, and the dynamics of conversion and indoctrination. They also reveal why Jehovah's Witnesses turn away from their calling by the thousands and how the sect effects a 'mental-regulating' of youth as choice is taken away from children at a very young age. The sect is not only subject to forces of dissidence and disaffection from its membership, it has also been subject to a major rift within its headquarters. This event and what was done about it are also described.

The authors conclude this serious, concerned, probing but readable study with an exploration of parallels between the contemporary Jehovah's Witness sect and the world described by George Orwell in 1984.