Vanya and Sonia and Masha and Spike (Paperback) 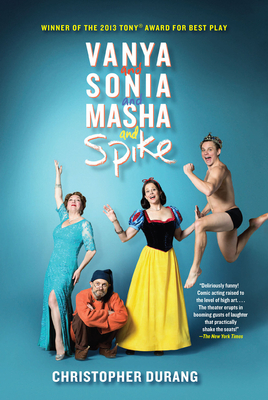 “Vanya and Sonia and Masha and Spike won a Tony award for best play. It’s this blending of Chekhov & Durang’s modern play-writing. It has hints of melancholy like you’d find in Chekhov’s works mixed with modern quirks that just make this play truly funny. It walks the line between humor and the secret pain that most families carry around. It’s especially great if you think of the original cast as you read it. They’re getting ready to perform it here in Austin, so you can read it and then see it on the stage.”

Christopher Durang is the author of the Tony Award nominee A History of the American Film, the Obie award-winning Sister Mary Ignatius Explains It All For You, Beyond Therapy, Baby with the Bathwater, The Marriage of Bette and Boo (Obie Award and Dramastists Guild Hull Warriner Award), Laughing Wild, Betty's Summer Vacation (Obie Award), and Miss Witherspoon (Pulitzer Prize finalist). Along with Marsha Norman, Durang is the cochair of the playwrights program at the drama division of the Julliard School. Durang won the Harvard Arts Medal, the Madge Evans and Sidney Kingsley Award, and was presented with the very first Luminary Award from the New York Innovative Theatre Awards.