In Cuba I Was a German Shepherd (Paperback) 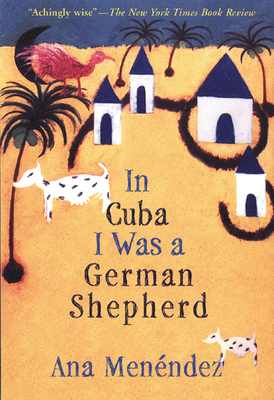 Pushcart Prize winner Ana Menendez landed firmly in the literary landscape last year with the hardcover publication of In Cuba I Was a German Shepherd. Reviewers overwhelmingly agree that she is an important new voice in American fiction: hers is "a bright debut that points to even brighter accomplishments to come" (Michiko Kakutani, The New York Times), a tour de force that is "poignant and varied, emotionally vivid and hauntingly melancholy" (San Francisco Chronicle), and "a Cuban odyssey that conjures up Eugene O'Neill-like drama" (Kirkus Reviews). In these linked tales about the Cuban-American experience and the immigrant experience in general, Ana Menendez has instantly established herself as a natural storyteller who "probes with steady humor and astute political insight the dreams versus the realities of her characters" (Elle). From the prizewinning title story -- a masterpiece of humor and heartbreak -- unfolds a series of family snapshots that illuminate the landscape of an exiled community rich in heritage, memory, and longing for the past. In Cuba I Was a German Shepherd is at once "tender and sharp-fanged" (L.A. Weekly) as Ana Menendez charts the territory from Havana to Coral Gables with unforgettable passion and explores whether any of us are capable, or even truly desirous, of outrunning our origins. "Achingly wise." -- Richard Eder, the New York Times Book Review "Menendez taps into [a] wellspring of broken promises and unfulfilled desires and gives us a ... peek at ... the Cuban-American experience." -- Ariel Gonzalez, The Miami Herald "Menendez offers a lilting narrative that sways soulfully between past and present, longing and regret, joy and tragedy." -- Donna Rifkind, The Baltimore Sun "Superb ... The community that emerges in these pages is one of humor, acute grief, and gifted storytelling." -- Fionn Meade, The Seattle Times "The first work of a young writer with a bright future." -- Jay Goldin, Fort Worth Morning Star-Telegram "A tender and occasionally sharp-fanged portrait of Miami's Cuban-exile community ... Brave and funny and true." -- Ben Ehrenreich, L.A. Weekly "A raucous, heartfelt debut...Deft, talented and hilarious...." -- Junot Diaz