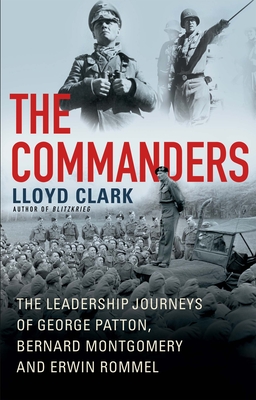 From an acclaimed military historian, the interlocking lives of three of the most important and consequential generals in World War II
Born in the two decades prior to World War I, George Patton, Bernard Montgomery, and Erwin Rommel became among the most recognized and successful military leaders of the 20th century. However, as acclaimed military historian Lloyd Clark reveals in his penetrating and insightful braided chronicle of their lives, they charted very different, often interrupted, paths to their ultimate leadership positions commanding hundreds of thousands of troops during World War II and celebrated as heroes in the United States, Britain, and Germany.Patton was born into a military family and from an early age felt he was destined for glory; following a disjointed childhood, Montgomery found purpose and direction in a military academy; Rommel's father was a former officer, so his pursuit of a military career was logical. Having ascended to the middle ranks, each faced battle for the first time in World War I, a searing experience that greatly influenced their future approach to war and leadership. When war broke out again in 1939, Montgomery and Rommel were immediately engaged, while Patton chafed until the U.S. joined the Allies in 1942 and the three men, by then generals, collided in North Africa in 1943, and then again, climactically, in France after D-Day in 1944.Weaving letters, diary extracts, official reports, and other documents into his original narrative, recounting dramatic battles as they developed on the ground and at headquarters, Clark also explores the controversies that swirled around Patton, Montgomery, and Rommel throughout their careers, sometimes threatening to derail them. Ultimately, however, their unique abilities to bridge the space between leader and led cemented their legendary reputations.

LLOYD CLARK is co-founder of the Centre for Army Leadership, British Army, at the Royal Military Academy Sandhurst, and Professor of Modern War Studies, Humanities Research Institute, University of Buckingham. One of the U.K.'s leading military historians, he is the author of several books including Blitzkrieg, The Battle of the Tanks, Crossing the Rhine, and Anzio.