Shylock Is My Name (Hardcover) 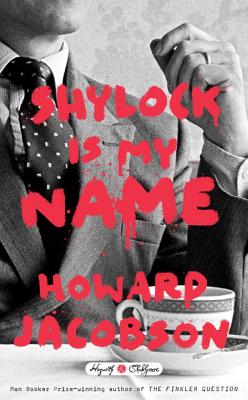 By Howard Jacobson
$25.00
Backordered. Place an order and we will let you know when to expect your book.

“My Name is Shylock, Howard Jacobson’s reimagining of The Merchant of Venice for the 21st century, is the second installment of the Hogarth Shakespeare series, in which many of today’s greatest writers will put their own spin on Shakespeare’s plays. The series launched last fall, with The Gap of Time, Jeannette Winterson’s take on The Taming of the Shrew. I’m not too far in to My Name is Shylock so far, but already, the ever-satirical Jacobson has peppered the text with risque jokes, introduced the theory that Shakespeare was originally a Shapiro, and summed up his entire style of writing in this quote attributed to Beaumarchais: ‘I hasten to laugh at everything for fear I might be obliged to weep at it.'”

Man Booker Prize-winner Howard Jacobson brings his singular brilliance to this modern re-imagining of one of Shakespeare's most unforgettable characters: Shylock Winter, a cemetery, Shylock. In this provocative and profound interpretation of "The Merchant of Venice," Shylock is juxtaposed against his present-day counterpart in the character of art dealer and conflicted father Simon Strulovitch. With characteristic irony, Jacobson presents Shylock as a man of incisive wit and passion, concerned still with questions of identity, parenthood, anti-Semitism and revenge. While Strulovich struggles to reconcile himself to his daughter Beatrice's "betrayal" of her family and heritage - as she is carried away by the excitement of Manchester high society, and into the arms of a footballer notorious for giving a Nazi salute on the field - Shylock alternates grief for his beloved wife with rage against his own daughter's rejection of her Jewish upbringing. Culminating in a shocking twist on Shylock's demand for the infamous pound of flesh, Jacobson's insightful retelling examines contemporary, acutely relevant questions of Jewish identity while maintaining a poignant sympathy for its characters and a genuine spiritual kinship with its antecedent--a drama which Jacobson himself considers to be "the most troubling of Shakespeare's plays for anyone, but, for an English novelist who happens to be Jewish, also the most challenging.

HOWARD JACOBSON has written fourteen novels and five works of non-fiction. In 2010 he won the Man Booker Prize for The Finkler Question and was also shortlisted for the prize in 2014 for his most recent novel, J. Howard Jacobson's first book, Shakespeare's Magnanimity, written with the scholar Wilbur Sanders, was a study of four Shakespearean heroes. Now he has returned to the Bard with a contemporary interpretation of The Merchant of Venice.