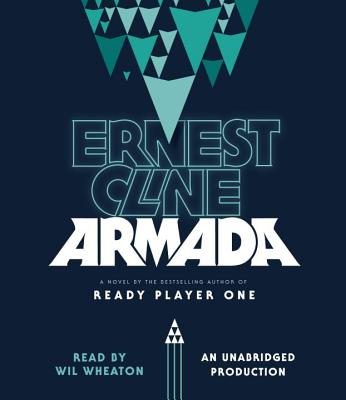 By Ernest Cline, Wil Wheaton (Read by)
Unavailable. Orders will be auto-cancelled.

“This new work from Cline definitely will not disappoint the myriad fans of Ready Player One. On the contrary, it is another magical, nerdy romp through science fiction and fantasy pop culture where the thing that happens to the hero is exactly the thing every sci-fi lover secretly -- or not so secretly -- dreams will happen to them! A successful screenwriter, Cline fills this tale with super-cool action, relatable characters, and inventive plots. I loved it!”
— Heather Duncan (M), Tattered Cover Book Store, Denver, CO

From the author of Ready Player One, a rollicking alien invasion thriller that embraces and subverts science-fiction conventions as only Ernest Cline can. Zack Lightman has never much cared for reality. He vastly prefers the countless science-fiction movies, books, and videogames he's spent his life consuming. And too often, he catches himself wishing that some fantastic, impossible, world-altering event could arrive to whisk him off on a grand spacefaring adventure. So when he sees the flying saucer, he's sure his years of escapism have finally tipped over into madness. Especially because the alien ship he's staring at is straight out of his favorite videogame, a flight simulator callled Armada--in which gamers just happen to be protecting Earth from alien invaders. As impossible as it seems, what Zack's seeing is all too real. And it's just the first in a blur of revlations that will force him to question everything he thought he knew about Earth's history, its future, even his own life--and to play the hero for real, with humanity's life in the balance. But even through the terror and exhilaration, he can't help thinking: Doesn't something about this scenario feel a little bit like...well...fiction? At once reinventing and paying homage to science-fiction classics, Armada is a rollicking, surprising thriller, a coming-of-age adventure, and an alien invasion tale like nothing you've ever read before.

ERNEST CLINE is a novelist, screenwriter, father, and full-time geek. His first novel, Ready Player One, was a New York Times and USA Today bestseller and appeared on numerous "best of the year" lists. Ernie lives in Austin, Texas, with his family, a time-traveling DeLorean, and a large collection of classic video games.