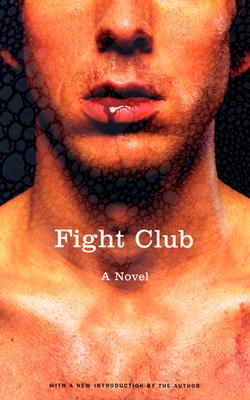 By Chuck Palahniuk
$14.00
Backordered. Place an order and we will let you know when to expect your book.

With more than 300,000 copies sold, Chuck Palahniuk's brilliant first novel and cult classic is being reissued with a new Introduction by the author

An underground classic since its first publication in 1996, Fight Club is widely recognized as one of the most original and provocative novels of the last decade. Now the author adds his own voice to the critical debate he generated. In a new Introduction, he discusses the various interpretations in the popular media of Fight Club and the movie it inspired, as well as his personal reactions to the work's reception and the influence that the Fight Club phenomenon has already had on our culture.
Chuck Palahniuk's darkly funny first novel tells the story of a disenfranchised young man frustrated with his bureacratic job and superficial relationships and disillusioned with the consumer culture's prepackaged pleasures. Relief for him and his peers comes in the form of Tyler Durden, the intensely charismatic inventor of Fight Club. Waiters, clerks, and middlemen seek out the visceral satisfaction of secret after-hours boxing matches in the basements of bars, thinking they have found a way to live beyond their confining and stultifying lives. But in Tyler's world there are no rules, no limits, no brakes.

Chuck Palahniuk is the author of the bestselling novels "Diary" and" Lullaby," as well as "Survivor, Invisible Monsters," and "Choke." He lives in Portland, Oregon.