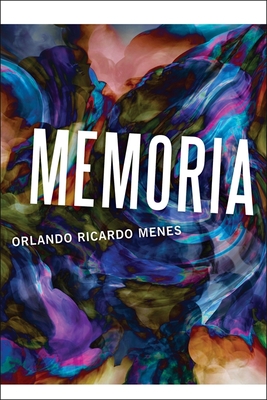 Born to Cuban parents in Lima, Per , raised in Miami among political exiles, and having spent two years in Francoist Spain, Orlando Ricardo Menes pays tribute to the resilience and tradition that shape Hispanic culture across the globe while critiquing the hypermasculine characteristics embedded within. Ripe with pride and shame, beauty and aversion, Memoria relays the personal path one takes while navigating the complexities of heritage.

Throughout his life, the ever-present concept of machismo has created turmoil and grief for Menes, who aligns his sensibilities with a more compassionate expression of masculinity. In poems about the Franco dictatorship and the Spanish Civil War, Menes assails the fascists' preoccupation with violence and domination as tokens of manliness. Meditations on the music of Menes's youth also underscore a young man's desire for alternative versions of manhood. Alice Cooper and Lou Reed offer examples of self-liberation from the repressive regime: "Cropped head, whitewashed face, O Lou, our goth-butch apostle / In skintight leather pants, eagle's-head buckle on a rhinestone belt . . . Our mothers horrified to have borne sons so twisted, so perverse, / Their mop sticks primed to beat us into Marlboro Men." Menes balances these unflinching criticisms with celebratory lines for Espa a as a mother country: "We . . . sailed in silence on the asphalt currents / to Madrid's Puerta del Sol, our little car / gliding like a caravel to this Gate of the Sun, / Spain's navel, point zero, her alpha and omega, / where the empire was born and died, / where every road and every life begins and ends." Menes's honest embrace of his heritage includes fond remembrance of his mother, "we talked about your house in / Havana, so close to the bay your young eyes winced / in salt air," and sincere expressions of cultural reckoning, "Nations die but blood lives forever in la memoria, / So pray to your Abuelo as you would God Himself / Who made earth, sky, and water from the void." At once rich with sensorial memories and rife with conflicts of identity, Memoria expands representations of Hispanic culture while drawing on universal themes of love, belonging, and rebellion.