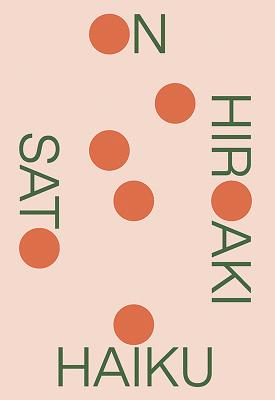 Who doesn’t love haiku? It is not only America’s most popular cultural import from Japan but also our most popular poetic form: instantly recognizable, more mobile than a sonnet, loved for its simplicity and compression, as well as its ease of composition. Haiku is an ancient literary form seemingly made for the Twittersphere—Jack Kerouac and Langston Hughes wrote them, Ezra Pound and the Imagists were inspired by them, Hallmark’s made millions off them, first-grade students across the country still learn to write them. But what really is a haiku? Where does the form originate? Who were the original Japanese poets who wrote them? And how has their work been translated into English over the years? The haiku form comes down to us today as a cliché: a three-line poem of 5-7-5 syllables. And yet its story is actually much more colorful and multifaceted. And of course to write a good one can be as difficult as writing a Homeric epic—or it can materialize in an instant of epic inspiration.

In On Haiku, Hiroaki Sato explores the many styles and genres of haiku on both sides of the Pacific, from the classical haiku of Basho, Issa, and Zen monks, to modern haiku about swimsuits and atomic bombs, to the haiku of famous American writers such as J. D. Salinger and Allen Ginsburg. As if conversing over beers in your favorite pub, Sato explains everything you wanted to know about the haiku in this endearing and pleasurable book, destined to be a classic in the field.

Hiroaki Sato was born of Japanese parents in Taiwan in 1942; his family fled back to Japan at the end of WWII, and in 1968 he moved to New York, where he has lived ever since. He is the translator of many volumes of Japanese poetry and literature. The president of the Haiku Society of America from 1979 to 1981, Sato received the America PEN translation prize and the Japan-U.S. Friendship Commission Translation Prize twice. He is the author of the books Legends of the Samurai, Snow in a Silver Bowl, and One Hundred Frogs, and from 2000 to 2017 wrote the monthly column “View from New York” for The Japan Times. New Directions also publishes his translation of The Iceland by Sakutaro Hagiwara.

Sato's extraordinary collection of essays is at once a literary history, a scrupulous examination of the vicissitudes of translation, a discussion of haiku in America, and a series of introductions to lesser- known masters. Sato conveys encyclopedic knowledge in a lively, modest, occasionally self-deprecating tone, busting myths along the way.  An expert illumination of a poetic form, to read and reread.
— Michael Autrey - Booklist (starred)

This combination of history and criticism tells of the haiku, one of poetry’s most simple and beloved forms. Sato gives a complete picture of the form’s journey and significance.
— World Literature Today

The pre-eminent translator of Japanese poetry in our time...possessed of an unfiltered enthusiasm and spontaneity.
— August Kleinzahler - London Review of Books

Over the last four decades, English-speaking aficionados of modern Japanese literature have delighted in the numerous translations, both of prose and poetry, undertaken by the masterful hand of translator, essayist, and poet Hiroaki Sato.
— Meera Viswanathan