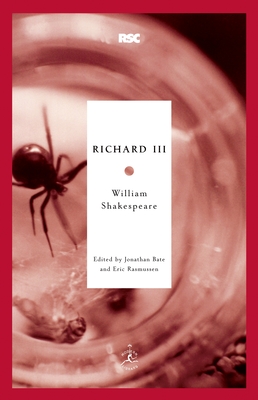 The dramatic concluding months of The Wars of the Roses provide the setting for Shakespeare’s incomparable saga of power and intrigue.

Ideal for students, theater professionals, and general readers, these modern and accessible editions set a new standard in Shakespearean literature for the twenty-first century.

“A remarkable edition, one that makes Shakespeare’s extraordinary accomplishment more vivid than ever.”
–James Shapiro, professor, Columbia University, bestselling author of A Year in the Life of Shakespeare: 1599

“A feast of literary and historical information.”
–The Wall Street Journal

“I look forward to using it over many years, enjoying Bate’s perceptive comments, trusting Rasmussen’s textual scholarship.”
–Peter Holland, president of the Shakespeare Association of America and editor of Shakespeare Survey