A Tan and Sandy Silence: A Travis McGee Novel (Paperback) 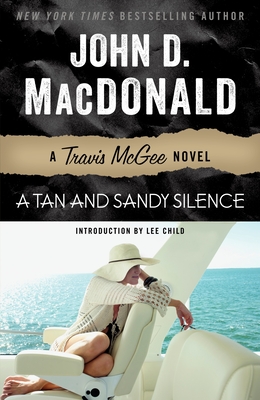 By John D. MacDonald, Lee Child (Introduction by)
$17.00
Backordered. Place an order and we will let you know when to expect your book.

This is book number 13 in the Travis McGee series.

From a beloved master of crime fiction, A Tan and Sandy Silence is one of many classic novels featuring Travis McGee, the hard-boiled detective who lives on a houseboat.

Travis McGee is unnerved when he receives an unexpected guest—real estate developer Harry Broll, who is convinced that McGee is hiding his missing wife. Angry and jealous, Harry gets off a shot before McGee can wrestle his gun away. The thing is, McGee hasn’t seen or heard from Mary Broll in three years, and it isn’t like her to keep troubles to herself—if she’s alive to tell them.

McGee is a heartbeat away from crisis. He’s getting older, Lady Jillian Brent-Archer is trying to make him settle down, and he’s just been shot without fair warning. Nervous that he’s losing his touch, McGee decides to get Harry off his case and prove he’s still in top form all in one fell swoop.

McGee’s search for Mary takes him to Grenada, where he’s soon tangling with con artists and terrifying French killers, not to mention a slew of mixed motives. No longer wallowing in self-pity, McGee has more pressing concerns—like saving his own skin.