Dress Her in Indigo: A Travis McGee Novel (Paperback) 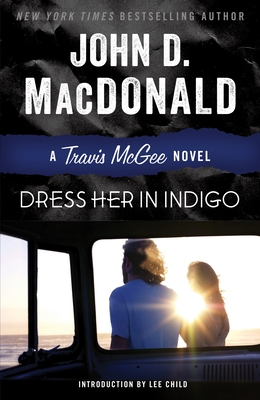 This is book number 11 in the Travis McGee series.

From a beloved master of crime fiction, Dress Her in Indigo is one of many classic novels featuring Travis McGee, the hard-boiled detective who lives on a houseboat.

Travis McGee could never deny his old friend anything. So before Meyer even says please, McGee agrees to accompany him to Mexico to reconstruct the last mysterious months of a young woman’s life—on a fat expense account provided by the father who has lost touch with her. They think she’s fallen in with the usual post-teenage misfits and rebels. What they find is stranger, kinkier, and far more deadly.

All Meyer’s friend wants to know is whether his daughter was happy before she died in a car accident south of the border. But when McGee and Meyer step foot in the hippie enclave in Oaxaca that had become Bix Bowie’s last refuge, they get more than they bargained for.

Not only had Bix made a whole group of dangerous, loathsome friends, but she was also mixed up in trafficking heroin into the United States. By the time she died, she was a shell of her former self. And the more McGee looks into things, the less accidental Bix’s death starts to seem.