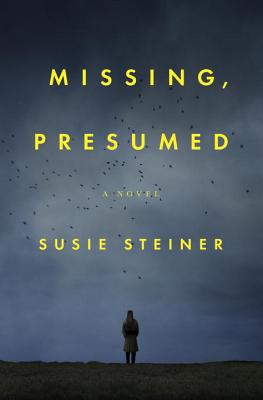 By Susie Steiner
$27.00
Backordered. Place an order and we will let you know when to expect your book.

"An extraordinarily assured police procedural in the tradition of Ruth Rendell and Elizabeth George."--Joseph Finder, author of The Fixer "Surprise-filled . . . one of the most ambitious police procedurals of the year. Detective Bradshaw's biting wit is a bonus."--The Wall Street Journal "Missing, Presumed has future BBC miniseries written all over it."--Redbook "A highly charismatic and engaging story."--Kirkus Reviews (starred review) "This combination of police procedural and an unfolding family drama that continuously twists and turns will work well for fans of Kate Atkinson and Tana French."--Booklist At thirty-nine, Manon Bradshaw is a devoted and respected member of the Cambridgeshire police force, and though she loves her job, what she longs for is a personal life. Single and distant from her family, she wants a husband and children of her own. One night, after yet another disastrous Internet date, she turns on her police radio to help herself fall asleep--and receives an alert that sends her to a puzzling crime scene. Edith Hind--a beautiful graduate student at Cambridge University and daughter of the surgeon to the Royal Family--has been missing for nearly twenty-four hours. Her home offers few clues: a smattering of blood in the kitchen, her keys and phone left behind, the front door ajar but showing no signs of forced entry. Manon instantly knows that this case will be big--and that every second is crucial to finding Edith alive. The investigation starts with Edith's loved ones: her attentive boyfriend, her reserved best friend, her patrician parents. As the search widens and press coverage reaches a frenzied pitch, secrets begin to emerge about Edith's tangled love life and her erratic behavior leading up to her disappearance. With no clear leads, Manon summons every last bit of her skill and intuition to close the case, and what she discovers will have shocking consequences not just for Edith's family but for Manon herself. Suspenseful and keenly observed, Missing, Presumed is a brilliantly twisting novel of how we seek connection, grant forgiveness, and reveal the truth about who we are. Praise for Missing, Presumed "Smart, stylish . . . Manon is portrayed with an irresistible blend of sympathy and snark. By the time she hits bottom, professionally and privately, we're entirely caught up in her story."--The New York Times Book Review "Nuanced suspense that's perfect for Kate Atkinson fans."--People "Drenched in character and setting, with pinpoint detail that breathes life and color into every sentence."--The News & Observer "You might come to Missing, Presumed for the police procedural; you'll stay for the layered, authentic characters that Steiner brings to life."--Bethanne Patrick, NPR "Where Susie] Steiner excels is in the depth and clarity with which she depicts her characters. . . . It all adds up to a world that feels much bigger than the novel in which it is contained."--The Guardian

Susie Steiner is a former Guardian journalist. She was a commissioning editor for that paper for eleven years and prior to that worked for The Times, The Daily Telegraph, and the Evening Standard. She lives in London with her husband and two children.