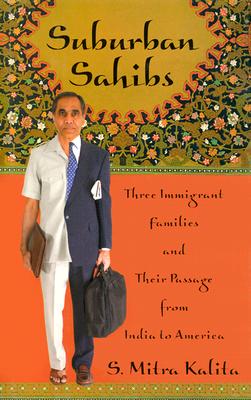 From movie theaters showing the songs and gyrations of “Bollywood” to valedictorians named Patel and Shah, signs are everywhere that Middlesex County, New Jersey is home to one of the largest Indian populations in the world outside India. By tracing the migration of three families, this book delves into how immigration has altered the American suburb, and how the suburb, in turn, has altered the immigrant.

In this updated edition, journalist S. Mitra Kalita shows that although the reception from long-time residents has not been entirely welcoming, Indians have come to achieve economic success and their desire for political and social parity continues to grow stronger. She traces the evolution of the suburb from a destination for new arrivals to a launching pad for them.

In the late nineteenth century, tourists descended upon Edison to gawk at its Christmas lights displays. Today, thousands of Indians from all over the United States arrive in the same bedroom community to celebrate their own festivals of lights and colors. Suburban Sahibs attempts to answer the question of how and why they arrived, and offers a window into what America has become: a nation of suburbs as well as a nation of immigrants.