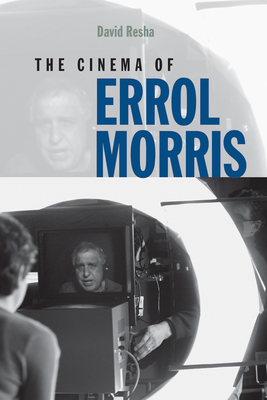 By David Resha
Unavailable. Orders will be auto-cancelled.

First book on documentary cinema's most innovative and influential director

The Cinema of Errol Morris offers close analyses of the director's films--from box office successes like The Thin Blue Line and The Fog of War to Morris's early works like Vernon, Florida and controversial films like Standard Operating Procedure. Film scholar David Resha's reappraisal of Morris's films allows us to rethink the traditional distinction between stylistically conservative documentaries, which are closely invested in evidence and reality, and stylistically adventurous films, which artfully call to question such claims of nonfiction and truth. According to Resha, Errol Morris does not fit neatly in this division of the documentary tradition. Rather, his experiments with documentary conventions constitute another way to investigate reality--in particular, to examine the ways in which his subjects understand, and misunderstand, themselves and the world around them. Seen within the nonfiction tradition, an Errol Morris documentary is a flexible form of lively, engaging storytelling and shrewd, cutting, in-depth reportage.

DAVID RESHA is an assistant professor of media and film studies at Birmingham-Southern College. He is on the board of directors for the Alabama Moving Image Association.