A Body in Fukushima (Hardcover) 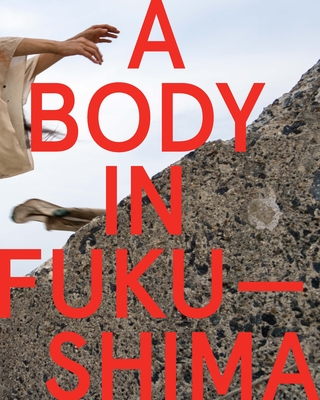 On March 11, 2011 one of the most powerful earthquakes in recorded history devastated Japan, triggering a massive tsunami and nuclear meltdowns at three reactors in the Fukushima Daiichi Nuclear Power Plant complex in a triple disaster known as 3.11. On five separate journeys, Japanese-born performer and dancer Eiko Otake and historian and photographer William Johnston visited multiple locations across Fukushima, creating 200 transformative color photographs that document the irradiated landscape, accentuated by Eiko's poses depicting both the sorrow and dignity of the land. The book also includes essays and commentary reflecting on art, disaster, and grief.

We traveled together to Fukushima five times between 2014 and 2019. Eiko performed in the disrupted landscapes. Bill photographed the performances. Together we selected the photographs and writings for this book, and Bill wrote the captions. The year 2021 marks the tenth anniversary of the Fukushima nuclear disaster. The Timeline in the book extends to include a deeper history that is part of this tragedy and this place. And Places Visited shows the coastline where we performed and photographed. We hope that these images allow you to enter Fukushima, to feel and smell it. --EO & WJ.

Born and raised in Japan and now a longtime New Yorker, EIKO OTAKE is a movement-based interdisciplinary artist. WILLIAM JOHNSTON grew up in Wyoming where he developed an interest in Japanese culture and Zen Buddhism; he is a photographer and historian at Wesleyan University.