Astrophysics and Creation: Perceiving the Universe through Science and Participation (Hardcover) 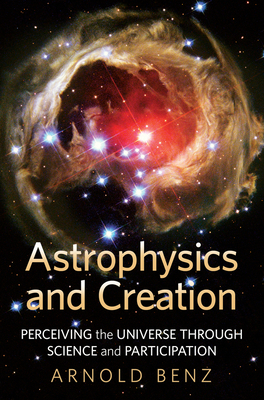 While written by a prominent and active scientist, this book is based on personal experience and biblical theology. It doesn't try to derive God’s existence from science and it's critical of scientific inferences on the notion of God (Natural Theology). Cosmic fine-tuning and other coincidences are no proof of God, but are amazing, astounding and will never be fully explained. Amazement is the appropriate emotional perception of reality. The objective world is not a matter of course and may well not exist at all; thus reality, at times, is experienced to be very special. Human life, the beauty of nature, the habitability of planet Earth can be considered undeserved gifts. In the light of these gifts, the universe is metaphorically interpreted and existentially believed as a divine Creation. Science cannot create such faith but can foster it. Is God necessary to explain the universe? Is the idea of a Creator excluded by modern science? Why continue speaking of a Creator and to believe (trust and hope) in His continuing creation when God cannot be demonstrated in scientific data? Arnold Benz, a renowned astrophysicist and Christian, insists that human perception reaches further than science and demonstrates this in various examples, personal, biblical, and literary.

Arnold Benz of ETH Zurich is an expert in the exploration of star and planet formation using ESA and NASA satellites. He is a past-president of Div.II of the International Astronomical Union, and member of the European Academy of Science.

"A sparkling gem lying in a vast field of books of science and religion. Reading it is a religious experience in itself." —Jesse Thomas, author, The Youniverse: The Spirit of the Twenty First Century

"Benz, an eminent scientist, describes brilliantly the wonders revealed by modern astronomy about the origin and structure of galaxies, stars and planets. But he also demonstrates with great clarity how other levels of reality lying in a different plane or dimension are an equally important part of human experience and a search for meaning." —Eric R. Priest FRSE FRS, prof. em., University of St Andrews, UK

"Scientific inquiry alone cannot answer theological questions. But it can pose them, and may even force them upon us. Arnold Benz is a scientist at the cutting edge of developments in astrophysics and astronomy in Europe and the United States. In this beautiful and at times deeply moving reflection he affirms the human quest for meaning, a quest that can never be satisfied solely within the boundaries of science, but requires our engagement and our awe in the presence of an amazing reality of which we are a part, and to which we belong." —Christopher Bryan, professor, New Testament University of the South, Sewanee; author, The Resurrection of the Messiah and Listening to the Bible

"It’s not necessary to claim God's intervention for every unexplained event. Research has made obsolete older concepts, such as our solar system being the center of the universe. Although the mystery remains of what happened, there may be an explanation." —Donna Ford, US Review of Books