Poverty is not Natural (Paperback) 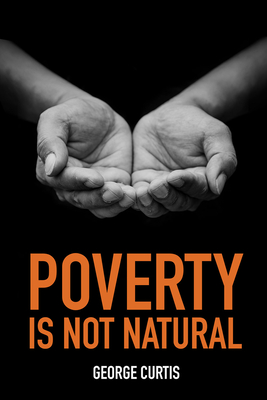 Across Europe, politicians and economists remain locked into micromanaging the welfare state established post-war, tweaking it here and tweaking it there to ameliorate the consequences of poverty, but failing to end poverty. Instead of focusing on consequences, George Curtis seeks the cause of poverty. This was laid bare in a book, Progress and Poverty, by an American economist, Henry George, in 1879. Two years later, without any prior knowledge of George’s work, an Irish bishop, Thomas Nulty, came to the same conclusion from a theological point of view. Yet, despite poverty remaining a crisis in today’s 21st century society, the moral and economic arguments made by George have remained unaddressed.

The author of this book regenerates George’s ideas, recognizing that the cause of poverty is entrenched throughout the world in a widely accepted social institution, just as slavery once was. Henry George argued that a true understanding of Christianity led to the conclusion that the “right of property, originating in the right of the individual to himself, is the only full and complete right of property. It attaches to things produced by labor, but cannot attach to things produced by God.” George Curtis analyzes Henry George’s remedy for poverty with a fine balance between Christian moral sensitivity and economic pragmatism, observing its effect on Christian social teaching, and its relevance in addressing the contemporary nature of poverty. Poverty is not Natural demonstrates that what is morally right is also the most economically efficient.

George Curtis started full-time work at the age of 14. He became a qualified Methodist local preacher and served for 30 years as the North Lincolnshire district organiser of the National Union of Agricultural Workers. In later life he was awarded a BSc (Hons) degree from the Open University.

"Inequality is an issue that looks set to rise inexorably up the political agenda in the coming months and years. This excellent and timely little book addresses one of the fundamental causes of inequality, and puts forward a solution." —Bernadette Meaden, Ekklesia

“I would strongly recommend this book to anyone with an interest in making our economy fairer.” —Independent Catholic News

“Curtis believes a day will come when the concept of the private ownership of land would be seen as immoral and outdated as the institution of slavery … This is a challenging, but readable book … This year Methodists are being asked “What’s the Story?”. George Curtis has certainly got one to tell.” —David Hallam, Methodist Recorder

"Inequality is an issue that looks set to rise inexorably up the political agenda in the coming months and years. This excellent and timely little book addresses one of the fundamental causes of inequality, and puts forward a solution that could in principle be acceptable to those on both the left and right of politics.” —Bernadette Meaden, Ekklesia