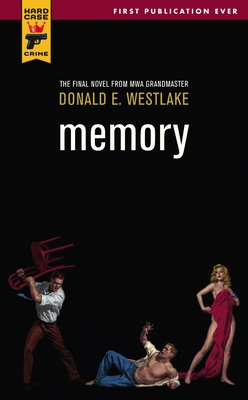 By Donald E. Westlake
Unavailable. Orders will be auto-cancelled.

Hospitalized after a liaison with another man’s wife ends in violence, Paul Cole has just one goal: to rebuild his shattered life. But with his memory damaged, the police hounding him, and no way even to get home, Paul’s facing steep odds – and a bleak fate if he fails…

This final, never-before-published novel by three-time Edgar Award winner Donald E. Westlake is a noir masterpiece, a dark and painful portrait of a man’s struggle against merciless forces that threaten to strip him of his very identity.

Donald E. Westlake is widely regarded as one of the great crime writers of the 20th Century. He won three Edgar Awards and was named a Grandmaster by the Mystery Writers of America.  Many of his books have been made into movies; Westlake also wrote the screenplay for "The Grifters," for which he received an Academy Award nomination.