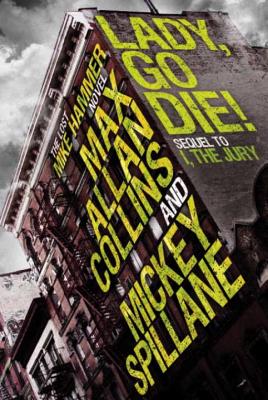 By Mickey Spillane, Max Allan Collins
$25.99
Backordered. Place an order and we will let you know when to expect your book.

When Hammer and Velda go on vacation to a Long Island beach town, Hammer becomes embroiled in the mystery of a missing well-known New York party girl who lives nearby. When the woman turns up naked - and dead - astride the statue of a horse in the town square, Hammer feels compelled to investigate.

Mickey Spillane's lost 1940s Mike Hammer novel, written between I, the Jury and My Gun Is Quickand never before published! Completed by Spillane's friend and literary executor Max Allan Collins,Lady, Go Die is finally making its way into print almost 70 years after its inception!

Mickey Spillane is the legendary crime writer credited with igniting the explosion of paperback publishing after World War II as a result of the unprecedented success of his Mike Hammer novels. Spillane's novels sold tens of millions of copies - I, The Jury went through more than 60 paperback printings in 1947 alone. In 1995, he was named a Grand Master by the Mystery Writers of America. Before his death at the age of 88 in 2006, Spillane chose long-time friend Max Allan Collins to complete his unfinished work and act as his literary executor.

Max Allan Collins is the bestselling, award-winning author of Road to Perdition, the graphic novel that inspired the Oscar-winning movie starring Paul Newman and Tom Hanks, and of the acclaimed Nathan Heller series of historical hardboiled mysteries. Also a filmmaker himself, Collins' films include the documentary Mike Hammer's Mickey Spillane.

"Collins knows the pistol-packing PI inside and out, and Hammer’s vigilante rage (and gruff way with the ladies) reads authentically." - Booklist