The Fire and the Word: A History of the Zapatista Movement (Paperback) 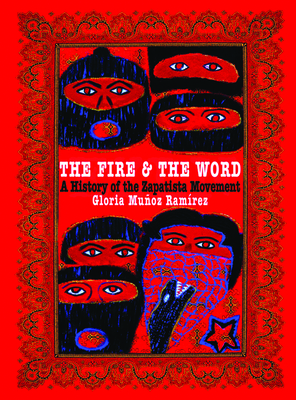 In 1983, a small group of Mexicans traveled to the Lacand n jungle in Mexico's southern state of Chiapas, with the dream of organizing a national revolution. For the next ten years they lived with the indigenous Mayan communities there, listening, learning and blending with them. This was the beginning of the Zapatista movement, which made its dramatic public debut on January 1, 1994, when thousands of armed indigenous people occupied seven Chiapas towns and declared war on the Mexican government. Their demands--not just for the oppressed and poverty-stricken indigenous communities, but for all Mexicans--were clear: equality, democracy, liberty, justice, independence, employment, land, food, housing, health, education and peace.

The Fire and the Word tells the story of the Zapatista movement, from its clandestine birth in the jungle of Chiapas, to its impact on Mexico and its ongoing influence around the world. Gloria Mu oz lived for years in remote Mayan villages and interviewed some of the group's organizers. Their first-person accounts are woven throughout the text, along with reportage and contextual history. The result is a story composed of the little pieces of mirrors and crystals that make up the various moments (Subcomandante Marcos) of the Zapatistas' years of open struggle, the reflections of a history that is still being made, one which continues to inform and inspire activists and intellectuals around the globe.

Beautifully illustrated with a collection of the most emblematic photographs from Zapatista history, The Fire and the Word is an inspiring testimony of resistance and hope.