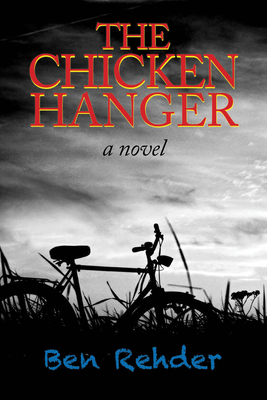 By Ben Rehder
$23.95
Backordered. Place an order and we will let you know when to expect your book.

Ricky Delgado works as a chicken hanger at the poultry plant in Rugoso, Texas, a small border town just thirty miles south of Laredo. His quiet, illegal lifestyle is disrupted when he learns that his brother Tomás has been shot and injured shortly after crossing the border. Together, Ricky and Tomás must make a decision: to risk their illegal status and seek justice, or remain silent and endure the injustices common to all “wetbacks” within the states. Meanwhile, Ricky is fighting a battle within his own body, a disease he acquired in the poultry plant, unbeknownst to everyone but the crooked manager and the company’s doctor.

The townspeople of Rugoso have long been used to Mexicans entering the states illegally. The street signs, billboards, and food labels are printed in both English and Spanish to accommodate more consumers. Even the judicial system has a growing number of authorities with Spanish last names, and Herschel Gandy is sick of it. A wealthy Rugoso ranch owner and self-appointed defender of the border, he has taken to firing warning shots at illegals crossing over on his ranch. But when he finds a bloodied backpack near the place he had been shooting, the repercussions of his cover-up game affect the entire town.

Warren Coleman, the best border patrol agent in Rugoso, has been struggling with his conscience since allowing a trio of illegal aliens to cross one morning. One was obviously injured. After stopping a van smuggling drugs over the border, Warren shoots and kills the driver in his partner’s defense. He is immediately thrown into national spotlight for his heroism, or brutality, depending on the source. While visiting his partner in the hospital, Warren again runs into the illegal with the injured hand. Fearing the consequences of his decisions, Warren must decide between leaving Rugoso for a new start, or pursuing his growing suspicion that there is more to discover about the Mexican’s injury.

The Chicken Hanger confronts the present-day controversy of politics and prejudice along the Texas-Mexico border. Rehder weaves between multiple perspectives and opinions of those protecting America and those hoping to become Americans, and asks whether a man’s worth is measured by his citizenship, or by the life he leads. Long-standing arguments about border control in the South and the motives of opposing sides create a suspenseful tale of one illegal immigrant’s fight for justice in the land of the free.

Ben Rehder is a freelance writer, novelist, and outdoors enthusiast who lives with his wife near Austin, where he was born and raised.  Novels from the six-book series, Blanco County comic mysteries, made best-of-the-year lists in Publishers Weekly, Library Journal, Kirkus Reviews, and Field & Stream.  Buck Fever, the first in the series, was nominated for the Edgar Allan Poe Award for Best First Novel from the Mystery Writers of America.
Rehder’s nonfiction articles and essays have appeared in Newsweek, Texas Parks and Wildlife magazine, Texas Co-op Power, and the San Antonio Express-News, covering topics ranging from hunting laws to pit bulls to health care reform. He has had one short story published in Alfred Hitchcock’s Mystery Magazine.