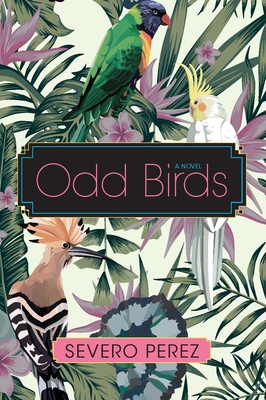 The year is 1961. Seventy-year-old Cosimo Infante Cano, a Cuban-born artist in need of inspiration, follows his lover to Texas in what was to be a temporary sabbatical from their life in France. Unexpectedly, he finds himself stranded in San Antonio, nearly penniless, with little more than the clothes on his back and an extraordinary pocket watch. His long hair and eccentric attire make him an odd sight in what he has been told is a conservative cultural backwater.

Cosimo’s French and Cuban passports put a cloud of suspicion over him as events elsewhere in the world play out. Algeria is in open revolt against France. Freedom Riders are being assaulted in Mississippi, and the Bay of Pigs debacle is front-page news. Cosimo confronts nightmares and waking terrors rooted in the horror he experienced during the Great War of 1914–1918. His friends—students, librarians, shopkeepers, laborers, lawyers, bankers, and even a parrot—coalesce around this elderly French artist as he attempts to return to what remains of his shattered life.

His new friends feel empathy for his impoverished condition, but his unconventional actions and uncompromising ethics confuse them. He creates charming drawings he refuses to sell and paints a house simply for the pleasure of making a difference. In the process he forever alters the lives of those who thought they were helping him.

SEVERO PEREZ, an award-winning filmmaker, playwright, and writer, grew up in working-class Westside San Antonio and graduated from the University of Texas at Austin. For over forty-five years he produced programing for PBS and for network and cable television. His feature film adaptation of Tomas Rivera’s novel . . . and the earth did not swallow him (1994) won eleven international awards, including five for Best Picture. His first novel, Willa Brown & the Challengers (2012), is historical fiction based on the real-life African American aviation pioneer Willa Beatrice Brown. Odd Birds is his second novel.